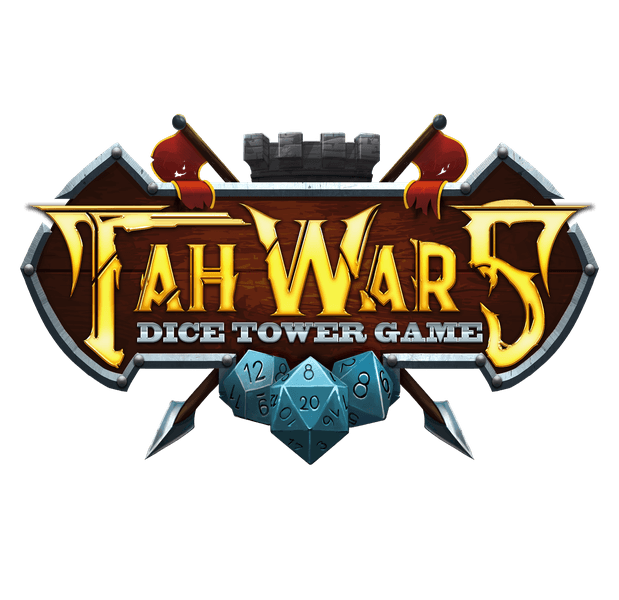 Far away and long ago, an asteroid slammed into the planet TAH.

It brought death, and changed the world for the descendants of those who survived. Remnants of the ancient impact are found as seams of purple crystal imbedded within the strata of native stones. This crystal, called Neonite, possesses mystic properties. Properly harnessed Neonite can levitate objects of unlimited mass and size. Kings, and warlords, revolutionaries and despots seek out neonite, each seeking absolute control of their people and their rivals. Massing their armies in huge flying castles, they push the borders of their realms, expanding into the territory of their enemies at the vanguard of ruthless armies.

Take control of one of 6 Races and use your flying castle to send out farmers, miners, and armies to prove that you are the rightful ruler of TAH. Gather resources, complete quests, and buy stronger armies. Rotate and move your castle (Dice Tower) on one of 4 different maps.

Align your dice tower chute with an opponent’s dice tower and deploy your armies (dice) to attack their defenses.Earn 5 Crowns before any other player to win the game, and rule TAH, until the next War.Can you defeat your enemies and secure your title as ruler of TAH?

Attack All Humans Coming to Kickstarter 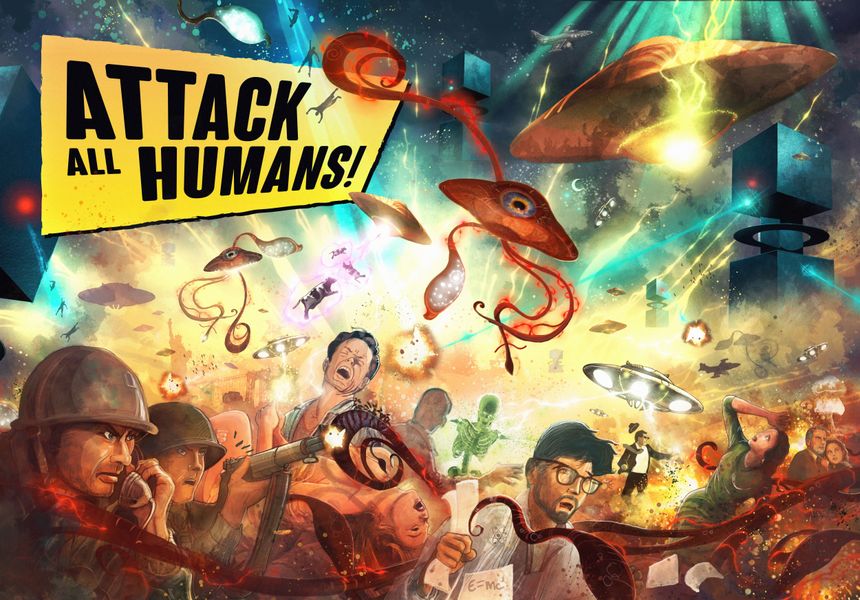 Inspired by the 1950's sci-fi movie genre, players take on the role of one of 4 alien races, to dish out vengeance on their captors, the humans. Be it through conquest, abduction, or plain 'ole vaporizing! All of these can garner you Points, but you'll have to move fast as the humans are developing The Doomsday Device, or might drop you the A-Bomb!

On your turn you'll use cards to move, mitigate action dice, and plan your action that round. Will you conquer a location to use its benefits? (Area Control), Abduct humans for the end game points(Set Collection), or plain ole' vaporize them for points? Don't forget your initial mission on Earth as these secret Objectives can put you over the edge and win! The game ends when either all players have orbited, or the humans devellop the Doomsday Device or dropped the A-Bomb! Do you want to risk getting extra points, or will this be the round the humans will capture you once again?(Press Your Luck). 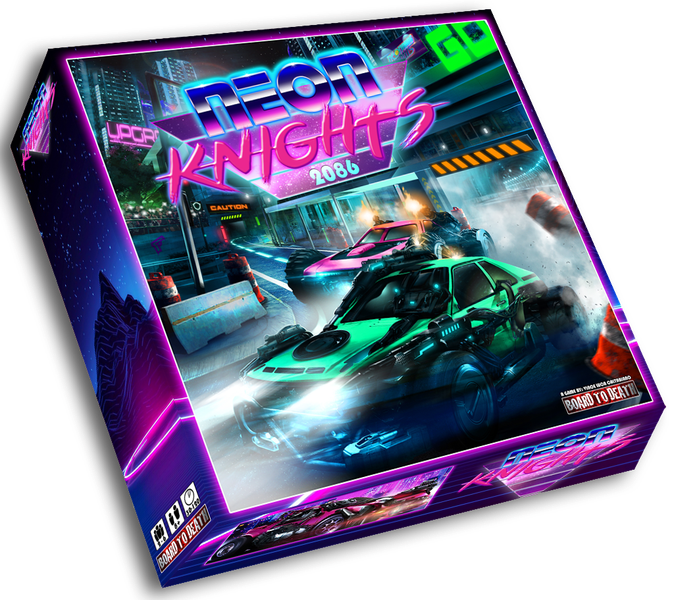